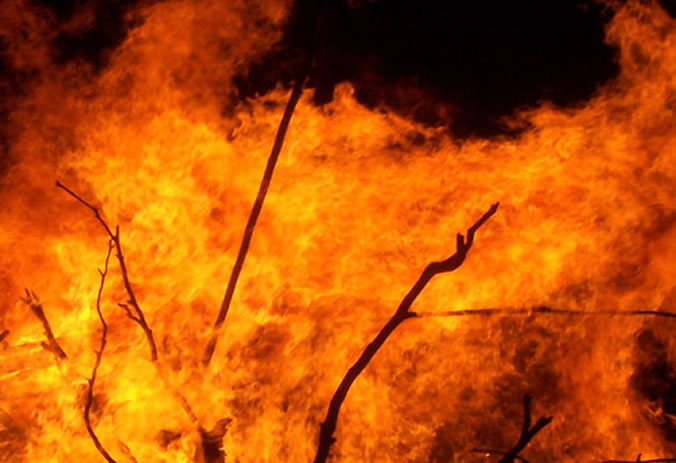 In early October 2017, a series of wildfires began burning across northern California, resulting in millions of dollars in damage, lost lives, and devastation beyond description. The counties involved include Napa, Sonoma, Mendocino, Butte, Lake, and Solano.   UPDATE: Recently, the Dixie fire became the largest non-complex wildfire in California history. The Tubbs fire remains the most destructive in terms of structures and loss of life.

About Each Major Fire

The first fire, named the Atlas Fire, occurred on October 8th in Napa County. High-wind weather conditions certainly contributed to the quick spread of the fire; that same day, the Cherokee fire in Butte County, the Nuns fire in the city of Sonoma, and the Tubbs fire in Calistoga were also well underway.

Since the fires began on October 8th, more than 310,000 customers lost electricity and 42,000 customers lost gas services. Countless homes and other structures – at least 5,700 – were lost within a short period of time as winds quickly fueled the flames. At the time of this writing, 22 separate wildfires have consumed nearly 200,000 acres in Northern California; many of the fires are still not fully contained – including the Nuns fire.

Large Scale Impact of the Fires on Northern California

By October 12, air quality was extremely unhealthy in Oakland, San Francisco, and surrounding cities’ classes were cancelled in schools and airplane flights were cancelled. By the 13th, the air quality was so poor in Napa that it was declared hazardous by the EPA, and in Solano County, more than 250 people became ill and sought medical care due to smoke inhalation.

Cause of the Wild Fires

While what actually caused these fires is still under official investigation, 911 calls of downed power lines began quickly pouring in as firefighters were being dispatched to a number of locations where high winds had knocked down lines and transformers were sending sparks into the surrounding areas.

If this is the case, Pacific Gas & Electric (PG&E) has thousands of people to answer to. Utility companies are required to keep trees (or anything else) that poses a threat to equipment and, therefore, public safety, clear of power lines.

Unfortunately, PG&E has had complaints against them before. In 2015, a fire that lasted 22 days and killed two people began when a tree came into contact with one of its power lines.

That fire, known as the Butte Fire, destroyed 549 homes, hundreds of other structures, and burned 70,868 acres in Amador County. The company was fined $8.3 million for utility and maintenance violations as a result.

Some cite the utility company’s vegetation management programs aimed at cutting costs for putting the public – and more lives and property than can be calculated at this time – in grave danger. When these programs fail, the loss is devastating. Identifying unstable trees that put utility lines and other power equipment at risk takes training and expertise – something that past history has shown these companies aren’t always willing to invest in. The cost of shortcutting safety is incalculable when a large fire results.

Since the current fires began, more than 100,000 have been forced to evacuate, and thousands of homes and other structures have burned. At least 41 people have lost their lives, while dozens of others have been reported missing.

How a Fire Lawyer Can Help You

If you have been impacted by these fires, contact an attorney who specializes in wildfire litigation. Those with experience fighting cases against public utility companies will best understand catastrophic property damage and the resulting personal injury these companies cause. Additionally, a wildfire lawyer with this kind of expertise may be able to help you with insurance companies that all too often refuse to cover homeowners for all their losses.

Damages You Can Sue For:

Previous post After the Storm: How to Survive the Aftermath of a Hurricane