Can I Be Arrested for a DUI if I’m Sober? 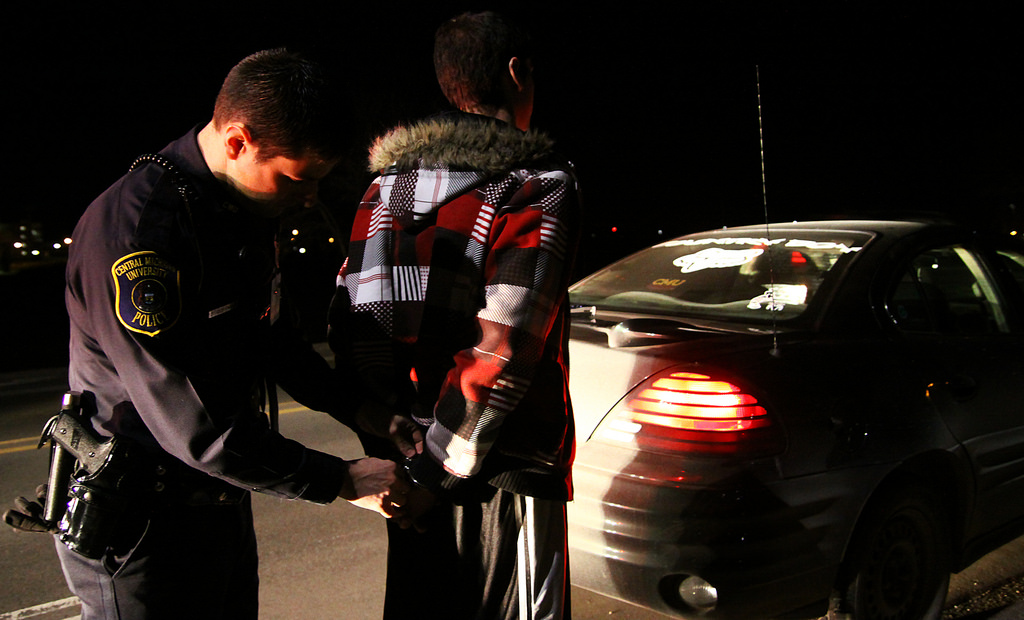 The short answer is – yes.

Imagine this: You’re heading home late at night from your job as a server – you’re tired, disheveled and just want to be in your own bed – when you see police lights behind your car. You aren’t drunk or high, you weren’t speeding, and you’re genuinely clueless as to why the officer is pulling you over. After about 10 minutes talking to the officer and passing a breathalyzer test, you’re in handcuffs being placed in the back of a police car and charged with a DUI. How could this happen?

A scary epidemic has been happening in police departments across the country. Officers making false arrests for DUIs have become a common occurrence in precincts from Georgia to Colorado, and they all have a common theme – negligent police officers.

With the rising popularity of legal recreational cannabis, police departments across the nation are training their staff on how to detect drivers who are high off marijuana. The issue: there’s no standardized device that can detect drug intoxication, leaving it up to “trained experts” and their professional opinion.

False Arrests and the Innocent Victims

CBS 11Alive in Atlanta, Georgia began their investigation into police department’s false DUI arrests in 2017. The video, which can be found here, showcases the repercussions of false arrests on innocent victims.

The arrests in this video all have similar features. First off, the driver is pulled over for a minor traffic violation (most commonly swerving partially over a dividing lane). The drivers are then requested to perform a field sobriety test – which they all pass and many even offer to submit a drug test or blood test. After the officer declines their offer, he places them under arrest for “signs of marijuana impairment.” As a trained drug recognition expert, he is able to identify these signs more than the average officer, so he claims.

After the driver is taken to jail and tests are run, it can take months and thousands of dollars on the drivers’ behalf to clear their name – even if the results came back negative. Additionally, results of tests that are run by police department laboratories take anywhere from seven weeks to three months to receive – placing the innocent drivers in legal limbo for the time being.

If all this weren’t enough, the DUI arrest shows on the drivers’ record, potentially affecting future job and life opportunities. This is the case even if the arrest is deemed false and the driver is not charged.

In order to combat intoxicated drivers, police departments across America are training officers to become “drug recognition experts” (DREs) – an elite group of officers trained to spot the signs of substance abuse behind the wheel.

Training to be a DRE is intense – 80 hours in a classroom, 40 hours of field training for each officer, and 6-hour comprehensive exam at the end of the training course. Because of the immense amount of training these officers go through, an incredible amount of trust is placed on them. The issue with relying solely on DREs, is the fact that they are still human. While they receive an extraordinary amount of training, these officers only have about an 85 percent success rate – leaving a 15 percent margin for error. Since no device, such as a breathalyzer, has been developed to detect drugged driving, DREs are the closest thing police departments have to it.

Additionally, officers are evaluated on how many arrests they make – not how many convictions come from those arrests. Skeptics of this claim that this encourages officers, especially DREs, to make unnecessary arrests and look for issues that aren’t really there. “Arrest quotas” determine how officers get bonuses and raises and can affect promotions.

The test, which differs from department to department, typically consists of 12 roadside assessments similar to those of a traditional DUI field sobriety test. This evaluation process also includes things like testing blood pressure, pupil measurement, body temperature, and looking out for tremors. The issue with the test, is that signs can be misread – especially if a driver is nervous or tired.

The Aftermath of a False Arrest

Unfortunately, repercussions on officers for performing a false arrest are slim. However, the proper DUI attorney can increase your chances of seeking justice. When police officers pull you over, they must have probable cause. In the video, the officer’s “probable cause” was the drivers drifting into the other lane – a valid cause. The arrest must also have probable cause – this is where DREs come into play, and the argument as to whether someone’s opinion is considered probable cause.

Officers who arrest drivers without decent probable cause can face a lawsuit under Section 1983 of the Civil Rights Act of 1871 – the most common civil rights violation by police officers.

In addition to bringing a lawsuit against the negligent police officer or department, removing the DUI arrest from your record can help with future opportunities. The process of sealing or expunging your record varies from state-to-state, and is usually pretty simple. However, if your mugshot is online, the process for removing that completely can be difficult – if not impossible.

If you are wrongfully arrested for a DUI, obtaining an attorney immediately is your best bet in proving your innocence. A highly-qualified attorney can help get you sue the negligent party in charge of your false arrest, while maintaining your innocence and dignity.

Police officers are here to protect members of the public – not frivolously arrest them. As marijuana use increases, DREs are being trained at a rapid rate – holding these officers accountable for their actions is the public’s best bet in ensuring fair public safety.

Previous post How Do I Make the Most of My Car Accident Claim?