Can I Get Arrested If My Roommate Sells Drugs? 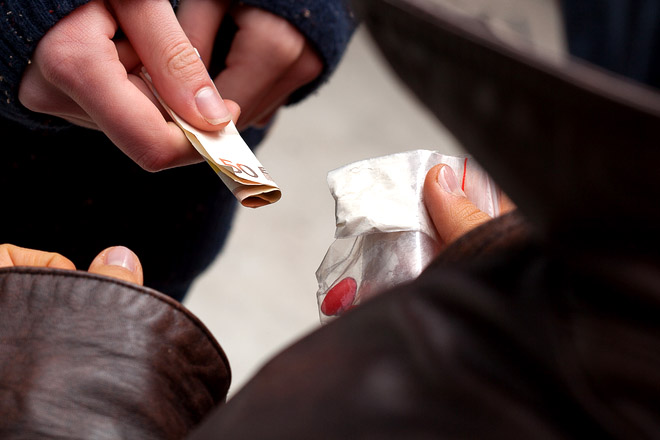 It’s no secret that illegal drug use happens in the United States. According to The National Institute on Drug Abuse, in 2013, an estimated 24.6 million Americans age 12 or older, or 9.4% of the population, had used an illicit substance in the past month, up from 8.3% in 2002.

These numbers only increase by the time young adults reach college. A new report by the Substance Abuse and Mental Health Services Administration surveyed 25,400 college students, aged 18-22, and found that 20% admitted to using an illicit substance in the past month. Furthermore, 33% also admitted to binge drinking in the past month, meaning four drinks for women and five drinks for males within a two hour period, even though many surveyed were either under the legal age limit or lived with others who were. 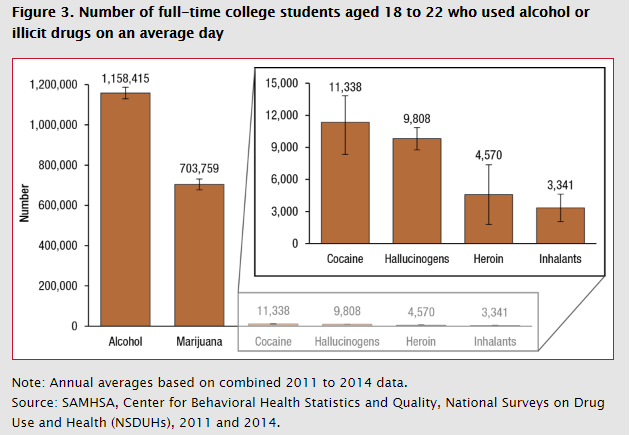 Particularly in a college setting or dorm, you may be put in situations where you are living with complete strangers or have little control over your living environment. That being said, the implications for illegal substances in your living space can be severe, regardless of your involvement. If the survey numbers are accurate, most college students will either live with or be around someone who is breaking the law, either by taking illegal substances or turning them for profit.

Therefore, you can be presented with a difficult choice, especially if the relationship with your roommate is amicable. On one hand, you may want them to leave or change their habits, but on the other, you would rather not get involved. It can be a delicate balance between peace of mind, potentially destroying someone’s future, or worse yet, getting yourself implicated. Furthermore, moving out or finding another living situation may not be an option depending on the circumstances.

So what exactly are the implications of being in close proximity with illegal substances? We sat down with George Gedulin, a criminal defense lawyer in San Diego with years of experience litigating drug crimes, who offered some insight on how to approach these types of situations.

Can you get into legal trouble for living with someone who takes drugs? Sells them? Even if you don’t participate?

“If you have a roommate who is under the influence of a drug or selling it then you are certainly in a high risk situation. A roommate who does not involve himself in any illegal activity should not think that by turning a blind eye that they may not get into serious trouble. Anyone selling illicit drugs from their dorm room or a shared space puts every member of the household at risk. If drugs are stored in areas equally accessible to all of the roommates, the police can assume that even innocent parties were involved in the selling or use of drugs. Beyond the legal consequences a University can impose discipline entirely independent of what the police or a prosecutor does.”

What conditions are needed to satisfy constructive possession?

Does having your name – or both names – on the lease make a difference in terms of punishment? What if you are just visiting?

“If your name is on a lease, then potentially anything illegal found in a home or apartment can be said to belong to all the renters. However police will usually seek to find the more culpable party if there in fact is one. If drugs are found in a home police and prosecutors will attempt to show that the items belonged to a specific person or possibly group of people with what evidence is available. However, punishment presumes that someone is arrested lawfully and there is sufficient evidence to prosecute them. Simply being in a house where drugs are being consumed can be considered risky but not necessarily illegal. There is no law that prohibits being near a controlled substance. However consuming the drugs or being in possession are separate crimes.”

Are there any critical factors that decide your level of involvement?

“With any possession case, whether drugs or alcohol, an essential factor is knowledge of the item’s existence. Evidence that a person knew their roommate was involved in selling drugs, such as text messages, can lead to incrimination for simple possession. Allowing drugs or alcohol to be stored in your room can be devastating for a defendant who pleads that the substances in question are not his. Simply stating that the drugs belonged to another person while allowing them to be accessed by you is the black letter definition of constructive possession. If you are aware and have access to drugs and alcohol, then you are in possession of them.”

Are there any legal defenses to underage drinking or being drunk in public as a minor?

“If someone is stopped by police leaving a house party or at an on campus party, it’s not difficult for an officer to tell if they have been drinking. The best defense may be if the stop itself was illegal. Being on a college campus and walking around subjects you to more scrutiny from law enforcement than say being on a public street or neighborhood. An illegal stop or detainment can be a violation of a person’s 4th amendment rights against intrusive and unlawful search and seizure. There are also factors that must be shown in a court of law to prove that someone had consumed alcohol. Officers will often cite objective symptoms such as slurred speech, difficulty balancing or walking a straight line, and delayed time perception. These factors are not only unreliable but often inadmissible in court to determine if someone had been drinking.”