Why This Injury Lawyer Took a Stand Against Animal Testing 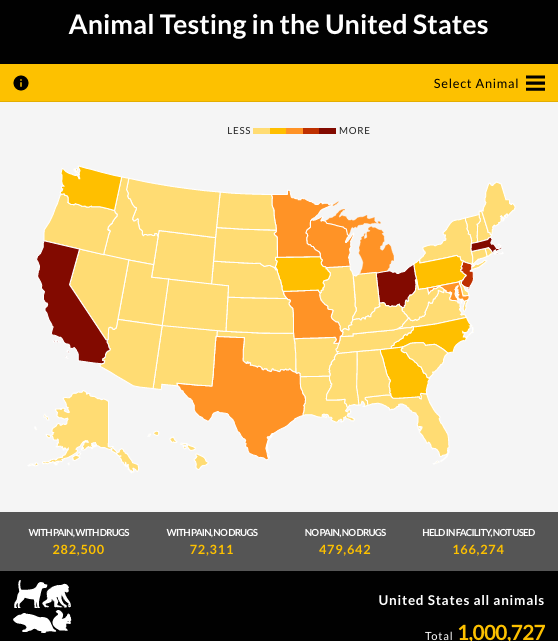 Meet the usual crusaders against animal testing: PETA, The Humane Society, and serious lovers of animals and organics. But now there’s a new person creating conversation in the longstanding debate of scientific animal testing.

Personal injury attorney Scott Liljegren– and yes, there’s a reason for calling out his profession. Liljegren began researching the effectiveness of animal testing and was surprised to find repeated insufficient, harmful, and even deadly conclusions. And not for the animals, but for people.

Neurologist and public health specialist Dr. Aysha Akhtar says volunteers of clinical trials face an exceptionally – and probably unbeknownst to them- high risk that the drug tested safe and effective in animals will test ineffective or unsafe in them 90 percent of the time. The FDA backs this risk up too, reporting 92 percent of drugs that receive approval for human trials after successful animal testing fail to receive FDA approval for the masses.Admittedly, that’s a statistical mouthful.

This isn’t: One clinical trial landed all six volunteers in the hospital. TGN 1412, an experimental therapy by TeGenero, was tested in mice, rabbits and monkeys with no negative side effects. Animal testing also specifically included cynomolgus monkeys who “best replicated the human mechanisms specifically targeted by TGN 1412.” These monkeys received up to 500x the dose humans would ever take for four consecutive weeks with no ill side effects. However, within minutes of the human trials volunteers felt immediate and intense pain. While the compound dampened the immune system in all tested animals – as designed to do- it “supercharged” the volunteers. All six were rushed to the hospital with several suffering permanent organ damage while one man’s head suffered such severe swelling, British tabloids called the study the “elephant man trial.” Obviously, this drug is part of the FDA’s 92 percent.

Further supporting aforementioned Dr. Akhtar’s claims, the FDA also reports half of the drugs that do pass human trials are later revoked or relabeled due to serious or lethal adverse effects. Again, that’s a mouthy statistic.

This isn’t: One drug approved for mass market back in the early 2000s was pulled after killing 60,000 people. Vioxx, an arthritis drug under big pharmaceutical company Merck & Co, generated over 2 billion in sales worldwide in 2003 alone. The following year, Merck voluntarily recalled the drug after learning about a soon-to-be published investigation linking Vioxx to an increased risk of cardiac arrest. The Physicians Committee for Responsible Medicine’s report on Vioxx revealed clinical trials showed some initial signs of heart problems in humans; however, Merck “ignored” such claims by pointing to their animal testing results. Contradictory to the deadly outcome for many humans, Vioxx in mice creates a heart-protective effect.

These are two of many unfortunate endings of successful animal tests. As a personal injury lawyer, Liljegren sees little reason to not support new testing avenues– avenues that are currently available. His team created an interactive animal testing map on his legal blog.

The map shows the large number of animals available for testing, breaks down by species in all 50 states and includes their various pain levels. Combining this human risk factor with the poor treatment of animals, as illustrated in the map and throughout his post, Liljegren’s goal is to spark interest and create a conversation for exploring more effective testing options.

Next post Can I Get Arrested If My Roommate Sells Drugs?

Previous post What Are My Rights at a DUI Checkpoint?