Crimes That May Also Be Charged With Domestic Violence 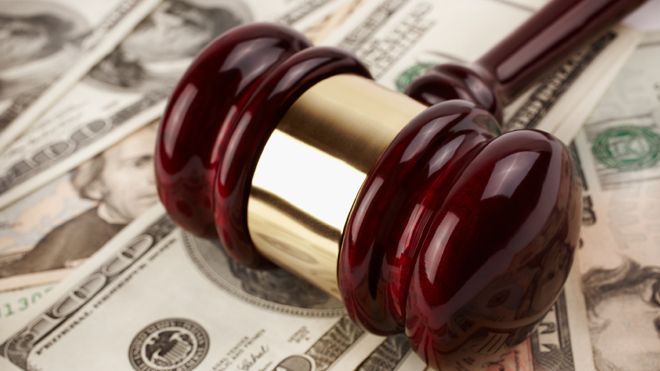 Domestic violence, also called intimate partner violence, is defined by the United Nations as a pattern of behavior that is used to gain control or power over an intimate partner. This can be both physical and non-physical, and leave long-term effects on a victim. Here, we discuss how domestic violence is often not the only crime at hand, and what crimes a partner with violent tendencies can be charged with alongside domestic violence. If you’re in an abusive relationship and don’t know how to navigate the next safest steps, there is a National Domestic Violence Hotline available 24/7: Call 800-799-7233.

Although assault can be a blanket term in the field of criminal defense, Cornell University describes it as ”generally defined as an intentional act that puts another person in reasonable apprehension of imminent harmful or offensive contact.”Most people don’t know, however, that assault does not have to include physical injury, although the actor intends to harm. This is explained by the criminal defense lawyers at Ciccarelli Law Offices who state, “Someone’s charges are generally categorized as simple assault if they put someone else in fear of bodily harm, touch, or contact with them in a way that intends to cause injuries or cause actual injuries to the alleged victim.”

Therefore, if an individual is charged with a crime that includes any of the above, it is not unusual for them to also be charged for disorderly conduct.

As described by the American Psychological Association, sexual abuse and harassment is “Sexual assault involves unwanted sexual activity, with perpetrators often using force, making threats, or taking advantage of victims not being able to give consent.“ While most people may think that sexual abuse usually occurs between two people outside of a relationship, sexual abuse can happen within a marriage, friendship, partnership, or any time one party does not provide consent.

While physical evidence may be tell-tale signs of any kind of domestic violence, injuries are not required for abuse to have taken place. Emotional abuse is a form of violence that involves controlling a victim by manipulating their emotions. Common forms of emotional abuse include making an individual feel guilty, jealous, embarrassed, shameful, or anything meant to harm someone’s self-esteem or mental health.

When a survivor attempts to remove themself from an abusive relationship and the abuser does not allow the contact to cease, they may resort to stalking. Stalking can take on many forms, from leaving gifts and showing up in your place of work, to threatening calls and emails and insistent demands to communicate. Stalking should be dealt with through a restraining order and making a police report. Don’t allow this situation to continue unreported and unprotected.

A particularly heinous abuse crime is that of child abuse or child molestation. The Department of Justice Defines such crimes as contacts or interactions such as inappropriate physical contact between a child and an adult where the child is used for the sexual stimulation of the perpetrator. This form of abuse can be both physical as well as emotional and psychological and can have long-lasting effects on the victim.

Unlawful restraint has to do with an intimate partner knowingly and consciously restraining their partner nonconsensually, whether that means through physical force or eliminating someone’s options to leave (locking doors, slitting tires, etc). A perpetrator of domestic violence can often be guilty of unlawful restraint by their need for control and power.

How To Move Forward

Surviving an abuser is a long and difficult journey. Domestic violence attorneys at Corso Law Group note that help from a lawyer can align your road to recovery tenfold. A professional legal advisor has the expertise to charge your abuser with the crimes they deserve, and help you recover the damages for the emotional and physical pain inflicted. Don’t hesitate to reach out in your area for help.

Next post Examples of Driver Negligence in Car Accident Cases