What Are the Signs an Elderly Person is No Longer Fit to Drive?

Having to take the keys away from an aging loved one takes a difficult, and often relationship-straining conversation. Most people dread the day they’re faced with this reality, and end up in the driver’s seat for longer than is usually safe — for them, for other drivers on the road, and for the families involved.

If you’ve wrestled with how to approach this conversation, we’ve asked professionals for the answers. From car insurance experts, to car accident attorneys, as well as experts on aging, we believe you’ll have a better perspective on how to navigate this sensitive topic successfully.

We asked the following questions:

What Experts Have to Say 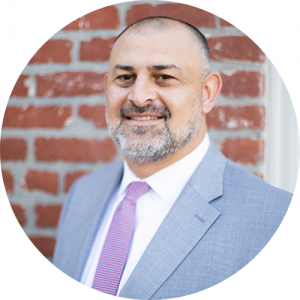 Dani Mouri, of Hanson & Mouri, is a respected and seasoned Riverside, California personal injury lawyer. He is dedicated to providing clients with compassionate legal representation.

“One of the first and obvious signs an elderly person should not drive is diminished vision capacity.  For obvious reasons, vision is a central requirement for driving, and some states require individuals at certain ages to pass a vision test to renew their license.  For example, California requires drivers aged 70 to take both a vision and written test in person when renewing a license.

Other key signs to look for are perception and reaction time.  These mean basically what they say and go to how quickly a person can identify a potentially dangerous situation and then react to it by taking the appropriate action to avoid it.  For most individuals, the time from perceiving an event to reacting is generally two-to-three seconds.  For example, if a pedestrian is crossing the road about 200 feet ahead, a driver traveling around 30 mph should have about five seconds to stop (these are just rough estimates) and avoid an accident.  Thus, an average person should be able to recognize the pedestrian within two seconds and begin to stop and actually stop with enough time before impact with these facts.  However, if an elderly person cannot stop within that five second time, he or she should not be driving.  When interacting with an elderly person, if you notice in the run-of-the-mill household situations they do not perceive situations generally quickly, or if they do and react slowly, that person likely should not be driving.”

2. What are the accident rates among elderly drivers? Are they involved in accidents that are usually easy to avoid?

“According to the Insurance Institute for Highway Safety (“IIHS”), there is a larger number of drivers aged 70 and older now as compared to previous decades.  However, contrary to popular belief, older drivers are involved in fewer fatal collisions than in the past. In fact, the IIHS reports that a total of 5,195 people ages 70 and older died in crashes in 2019, which is 12 percent less than in 1997. The explanation for less accidents is that older people alter their driving habits.  For example, elderly drivers avoid driving at night, which generally result in more accidents for the elderly because of vision obstacles.”

3. How do you tell an aging parent/loved one that it’s time to retire their license?

“It is always difficult to have a conversation with others about taking away activities that will limit their freedom.  Losing driving privileges restricts peoples’ ability to complete activities on their own and makes them dependent entirely on others.  Simply put, having a conversation like that comes across as the adult being treated like a child. However, the best approach is to start the conversation about safety. Not just of the elderly person, but of those who could be harmed by an accident caused by an elderly person. The other key point to mention in this conversation are the negative financial consequences that would arise from such an accident. Certainly, while safety is a priority, financial ramifications may drive the point home and be received much better.  Another option is to start the conversation involving health care professionals. Sometimes difficult news is best delivered by non-family members.” 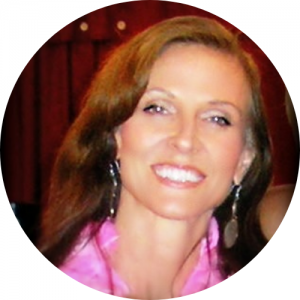 Cindy Moore is the Co-founder and Managing Partner at Senioridy LLC, an online, map-based senior resources and senior provider search platform. She is passionate about providing information to Seniors and adult caregivers to help make the journey to finding the information and resources that they need easier for them.

“As our parents age, there are conversations we have to have about safety concerns, especially when it comes to their driving abilities. Although there is rarely a clear tipping point where it becomes necessary to speak with our parents about giving up their keys, issues tend to accumulate and become more obvious when the time has come to stop driving. If you ride with a parent, there are technique indicators to keep an eye out for: consistently driving too fast or too slow, difficulty remaining within the lines of the lane, hitting the curb on a fairly regular basis. There are also physical indicators to watch for: slow reaction times, squinting profusely, distractibility, and momentary forgetfulness. If you don’t ride with your parent make it a point to check for new scrapes or dents, and periodically ask about any speeding tickets or any other traffic violations.”

2. How do you tell an aging parent/loved one that it’s time to retire their license?

“The best thing that you can do for both yourself and your parent is to have this conversation well before it’s necessary, so that your parent can begin the process of coming to terms with one day giving up their keys. This way they can help you to set some rules about what to do when that time does come so that it becomes a conclusion that you and your parent reach together. If you find it difficult to have this conversation with your parent, your parent’s physician can also be quite helpful. Since they are already a trusted authority, they can make professional recommendations regarding the senior’s ability to drive. Seniors are adults and they need their independence, giving up the car keys represents an area that can cause great anxiety. So, in order to help your parent come to the decision to stop driving in a way that is comfortable and reassuring to them, be sure to work with them to make a plan for other transportation options well before the time comes.” 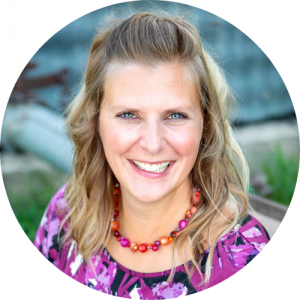 “If an older adult becomes disoriented or lost when they’re driving, the situation could become hazardous. One sign that it may be dangerous for them to drive is if they are not able to finish a task at home. Perhaps they start the water boiling on the stove but forget to add the pasta, or maybe they begin organizing a room only to quit and start in another room. Reaction times slow as you age. It’s unfortunate, but it’s true. Studies back up this fact. A second delay at home may be no big deal, but a delay of a second on the road could be the difference between stopping in time and rear-ending a vehicle. Statistically, the risk of being involved in a wreck starts increasing after a person turns 70 years old. Per miles driven, elderly drivers are more likely to get in a crash, but because they tend to drive far fewer miles than middle-aged people, the number of accidents, while increasing, doesn’t do so dramatically. While the risk of accident involvement per capita increases gradually after age 70, the risk of dying in an accident skyrockets.”

2. What are the accident rates among elderly drivers? Are they involved in accidents that are usually easy to avoid?

“When you compare senior drivers to teen drivers, the highest risk age group, teen rates of  accidents and risky driving behavior is several times higher than the older population, but the fatality rates for senior drivers dwarf the fatality rates for teen drivers. Some states require senior drivers to take a road test periodically. Surprisingly, states with these requirements don’t have better senior driver crash statistics than states without these tests. Elderly drivers are involved in accidents that could have been avoided at a higher rate than middle-aged drivers. There are comparable rates of unavoidable accidents between the age groups. Insurance rates for senior drivers are higher than they are for middle-aged drivers. The rates are still considerably lower than what teen drivers pay, though. Since senior drivers tend to drive very few miles annually, their insurance prices, though gradually rising after age 65, remain reasonable. Each mile on the road presents a higher risk for an accident than middle-aged drivers, but the decrease in miles traveled helps balance that risk.”

3. How do you tell an aging parent/loved one that it’s time to retire their license?

“Telling an elderly loved one that it’s time to give up their license is one of the most challenging situations to address. Often, seniors cling to their ability to drive as it’s what gives them independence. If they don’t see their risky driving habits for what they are and agree to give up their license, they will blame you for taking away their freedom. If you don’t think your senior loved one should be driving, try to help them come to that realization on their own. If that doesn’t work, have a conversation with their doctor. Seniors tend to trust their doctor’s opinions and may take their advice with less resentment than when the same advice comes from you. Another option is to file your concerns with the DMV so they can request a competency test for driving.” 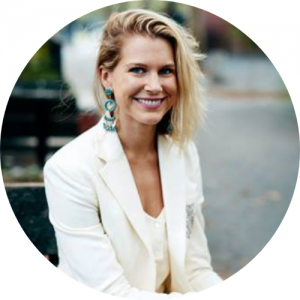 1. What are the accident rates among elderly drivers? Are they involved in accidents that are usually easy to avoid?

“Next to teenagers, elderly drivers are unfortunately more prone to auto collisions than other adult age groups. In fact, in 2015, people 65 years and older accounted for 6,165 fatalities and nearly a quarter of a million injuries due to collisions of their making. This may be due to a number of variables, including age-related cognitive decline, increasing numbers of drivers on our roads, and elderly use of mind-impairing substances which may further impair judgment and coordination.

Another factor may be diminished vehicle safety due to prior collisions. Traditionally, auto body care has been a difficult, intimidating process for even the fittest adult. Between dealing with police reports, insurance companies, and untrustworthy body shops, it’s no wonder that many people have chosen to put off collision repairs for another day.”

No matter what, this conversation is going to look different for everyone. The hope is that these tips can help you be prepared for all the conversation’s possibilities, and help you preserve the relationship above all else.

Next post What To Do After A Plant Explosion

About the Author Ally