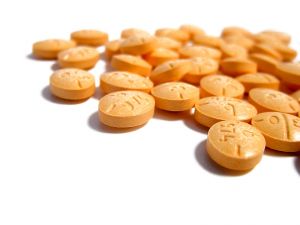 Adderall, the brand name for drugs that are derived from amphetamine salts, has recently shown reports of serious and life-threatening side effects. Sold under the name Adderall and Adderall XR, it has been linked to fatal heart related side effects.

The FDA granted a patent for the extended release of Adderall in 2001 to Shire, the pharmaceutical company out of Ireland. In the US, Adderall XR is most commonly used and pharmacies filled over 3.5 million prescriptions of Adderall in 2010 alone. Making Adderall the most frequent and commonly prescribed drug for ADHD in the country.

Side effects that have been reported by the FDA of Adderall include:

Adderall is part of the norepinephrine-dopamine reuptake inhibitor (NDRI) drug class, and is believed to contain monoamine reuptake inhibitors. These inhibitors are designed to prevent released neurotransmitters absorption. It is sold in either immediate release tablets, or extended release capsules (Adderall XR). The doses for both of these come in 5mg, 10mg, 15mg, 20mg, 25mg, and 30mg.

Dopamine and norepinephrine are both used in the brain to regulate levels of stress, and having a shortage of dopamine to the brain will cause cognition problems. When using Adderall, this increases both their presence, which eases the symptoms of ADHD. Adderall has also been shown to be highly addictive. Adderall has been proven to cause patients to have physical chemical dependency when using it, which makes stopping difficult after an extended use of time without experiencing withdrawal symptoms. The most extreme form of labeling given is a black box label, which was issued by he FDA against Adderall stating the high potential for abuse, most commonly amongst students in college.

In 2010, the FDA alerted the public stating that business online were selling 30mg Adderall tablets. However, the tablets that were being sold on the Internet were fake due to their fake content. True Adderall is made of amphetamine salts, the online version had contained acetampinophen and tramadol, both painkillers.

If you or a loved one has been suffering from symptoms while using Adderall or Adderall XR, you may have a legal case. There have been several lawsuits brought against the manufactures claiming they have been injured by ADHD related medications which included Adderall, Adderall XR, Concerta, and Ritalin.

Get the legal help you need today. You may be eligible to gain compensation for any pain or suffering you may have been caused by using Adderall.