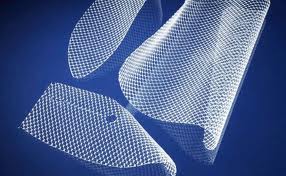 Recently, there has been an increased number of legal complaints that have been filed to the FDA regarding transvaginal mesh medical implants. Included in these complaints is the Bard Avaulta TVM, also known as the Bard Avaulta Mesh. The Bard Avaulta Mesh is used in treating women who have pelvic organ prolapse (POP). Every year, there are more than 200,000 women who have surgery for POP. Pelvic Organ Prolapse (POP) most commonly happens after a surgery or childbirth and causes the bowels and bladder to leak. This will lead to general discomfort and pain in women.

Since 2005, there have been at least a thousand reports regarding the Bard Avaulta. While it is designed to help fallen organs that have dropped against the vaginal walls, and sometimes used to treat Stress Urinary Incontinence (SUI), problems reported have ranged from experiencing pain during sex, to the erosion of vaginal tissues, infections, and death.

The Bard Avaulta is made to repair these symptoms, however the design of the Bard Avaulta Support System is shown to not be defective. Unfortunately, it has been shown to migrate out of the original position. Due to this defect, there has been a number of women experiencing serious and painful symptoms which include, but are not limited to:

The FDA released a statement in October 2008 which warned patients and health care professionals of the serious adverse side effects the Bard Avaulta Mesh caused. They claimed that 3 years prior to their warning, there had been 1,000 reports of these mesh failures which specifically linked products produced by Bard, the Avaulta Biosynthetic Support System and the Avaulta Plus Biosynthetic Support System.

Other brand names of Bard’s transvaginal mesh devices include:

Women who have had the Bard Avaulta mesh implanted are exposed to possible life changing issues and irreversible problems. In most cases having to do with a mesh failure, many surgeries are needed to help in removing the mesh, and to repair any damages to the vaginal area and surrounding organs that the mesh may have caused.

Lawsuits that have been filed claim that had known of the dangers and risks that were associated with their product, yet still had promoted the use of the mesh as a safe treatment for POP. These claims say Bard had failed to research their product correctly and failed to establish the long and short term efficacy. If you or a family member has been experiencing serious side effects following a Bard Avaulta Mesh implant, get the legal help you need right away.