Vaginal Mesh Lawsuits – What You Need to Know 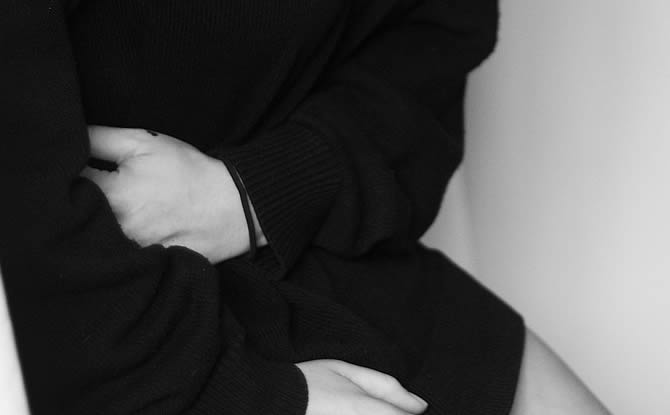 TRANSVAGINAL MESH AND WHAT IT IS USED FOR

Transvaginal mesh and transvaginal slings are potentially unsafe devices that are implanted in women during urogynecolic procedures to repair and help ease the pain associated with pelvic organ prolapse (POP) and stress urinary incontinence (SUI).

Pelvic organ prolapse occurs when a pelvic organ, most commonly the bladder, drops from the lower belly and pushes against the walls of the vagina due to weakened vaginal muscles. Childbirth is strongly linked to weakened and stretched structures in the pelvic area. Stress urinary incontinence is losing urine without meaning to during physical activity like laughing, sneezing or exercise. Transvaginal mesh was designed to help strengthen those weakened muscles and tissues in the pelvic region and improve quality of life in women who suffer from these conditions. Slings are usually used to correct SUI, while mesh is used for POP.

Although the Food and Drug Administration approved the first transvaginal mesh device manufactured by Boston Scientific in 1996, the FDA recently released a statement that there was no evidence to substantiate physicians’ claims that the mesh provides additional support. The administration went on to say that the transvaginal mesh devices actually increase the risk of complications in patients.

Transvaginal mesh side effects include the following:

Surgical mesh has been used since the 1950’s for internal repairs, most commonly for the healing of hernias. By the 1970’s gynecologists began looking into the ways that similar mesh could help with POP and SUI, and in the 1990’s surgical mesh was being used for pelvic repairs.

The FDA approved the first transvaginal mesh device manufactured by Boston Scientific in 1996 through the FDA 510 (k) clearance process, which is an expedited approval procedure that doesn’t require the same stringent clinical testing and review as other premarket approval products. Boston Scientific’s first transvaginal mesh product approval, ProteGen, was granted after a simple three-month rat study.

In 1998 Johnson & Johnson was granted approval for Gynecare TVT through the same 510 (k) process. There were originally thought to be very few risks and complications involved, however as time elapsed, the dangers began to present themselves.

In January of 1999 Boston Scientific recalled ProteGen after hearing complaints of pain during sexual intercourse, discomfort and tissue erosion. Boston Scientific settled 738 lawsuits by 2003. Up to this point in time no other transvaginal mesh manufacturers have recalled any of their products.

From 2005 to 2007 the FDA received more than 1,000 reports from nine different manufacturers citing frequent complaints from women who had transvaginal mesh implants. In 2008 the FDA began to investigate the many reports of problems with the treatment, and issued a Public Health Notification to warn people about the serious complications of transvaginal mesh implants.

In September of 2011 the FDA ordered that all manufacturers reclassify their transvaginal mesh implants from moderate-risk to high-risk.

THE MANUFACTURERS OF TRANSVAGINAL MESH IMPLANTS

VAGINAL MESH LAWSUITS IN THE NEWS

On Monday, July 23 2012 in Bakersfield, California, for the first time in the nation a jury awarded a couple $5.5 million against medical manufacturer C.R. Bard for their unsafe transvaginal mesh implant, Avaulta, claiming that C.R. Bard was aware of the product’s dangers although the implant was advertised as safe and effective.

Product user Christine Scott got the implant to correct her urinary incontinence. The device began cutting her colon, and tissue continued to grow through the small holes in the mesh. To date, Scott has had eight surgeries and may need many more. Scott had been battling the courts for four years to receive compensation for her injuries and complications caused by the mesh.

The jury awarded Christine Scott $5 million, and her husband $500,000 because of the way the mesh destroyed their love life.

This successful lawsuit has paved the way for hundreds of other cases against numerous  manufacturers.

In January 2013 in New Jersey the product liability trial of Linda Gross v. Ethicon went    underway. Gross, 47, is the first of 1,800 in the state of Jew Jersey to sue Johnson & Johnson for their dangerous Ethicon Gynecare Prolift Mesh, a product that Gross is claiming the company knew the dangers of.

Ms. Gross has already endured 18 corrective surgeries to fix the injuries, complications and constant pain that the implant has caused her.

THINGS TO KNOW ABOUT YOUR LAWSUIT

Lawsuits related to transvaginal mesh come in two forms: class-action and personal injury lawsuits. In a class-action lawsuit, attorneys litigate the interests of a group of individuals who have been injured by their implants, and gather to form one large single lawsuit.

A transvaginal mesh personal injury lawsuit is designed to focus on the personal experience, claims, injuries and complications of each plaintiff. In both scenarios, the manufacturer of the product will have claims against them that the implant is unsafe and that patients were not made aware of the risks involved prior to their surgeries. To qualify for a lawsuit, women must have endured complications during or after the implant surgery.

There is generally a certain period of time individuals have to file a lawsuit against a manufacturer, called a statute of limitations. Depending on the state in which the lawsuit is filed, there is up to a ten-year statute of limitations, because most firms have difficulty obtaining medical records beyond that time frame.

By filing a transvaginal mesh lawsuit, victims may recover damages for the following:

Since the FDA released its warnings that transvaginal mesh implants may be a dangerous surgical option for women with POP or SUI, a wide range of research has been done to determine safer, more traditional methods of restoring pelvic muscle strength. The following is a list of the top safe alternatives to transvaginal mesh: