Remeron linked to adverse side effects and birth defects 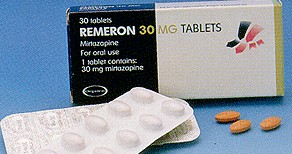 Have you suffered adverse side effects after taking the antidepressant Remeron?

Remeron has been shown to cause suicidal or violent behavior in some patients who have taken it, namely adolescents and young adults.  Remeron was approved by the FDA to treat mental depression in 2001, but has not been approved for use in anyone under the age of 18.  Other side effects such as liver damage, bone marrow damage, and birth defects have also been reported.

According to reports, Remeron has been used for treatment of other medical issues that it has not been approved for by the FDA.  When this occurs, it is called an “off-label use.”  Some of the most common off-label uses for Remeron include:

Remeron has been linked to serious side effects

The antidepressant Remeron has been linked to serious side effects in patients taking the medication, such as:

Taking Remeron during pregnancy may result in birth defects

Congenital heart and lung defects have been linked to SSRI antidepressants, such as Remeron, when taken during pregnancy.  Remeron has also been linked to other potentially very dangerous side effects, including

If you have taken Remeron and suffered severe side effects, or your newborn has suffered from severe birth defects thought to be caused by Remeron taken during pregnancy, you may have a case.  It is important to contact us right away so that we can move forward and determine the best course of action for your unique situation.

Next post Enbrel Linked to Serious, Possibly Deadly, Side Effects