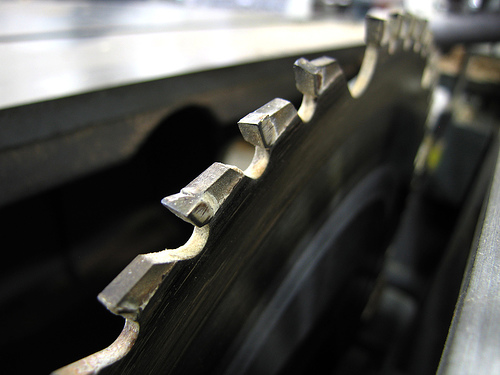 Have you or a family member suffered the loss of a finger, thumb or required surgery as the result of an injury from using a table saw? If so, you are not alone. Thousands are injured each year due to the dangerous design of table saws. If you are one of the many who have been permanently injured from a table saw, you may have a legitimate case against the manufacturer of the table saw.

The last report conducted by the U.S. Consumer Product Safety Commission (CPSC) in 2009 analyzed saw related injuries where people had been treated in the emergency departments in 2007 and 2008.  The report found that in those two years, nearly 80,000 people had been injured from table saws. That is a lot of table saw injuries over the course of two years and many of those had to have their finger, fingers or thumbs amputated. In fact, there were over 8,000 injuries that involved amputations. Typically, table saws usually are made with blade guard systems to reduce the chance of injury by preventing contact with the blade. However, these guards are often removed by the man using the saw as a result of potential jamming of the woodworking piece on the guard, limited visibility caused by the guard, poor splitter alignment with the table saw blade and certain cuts that require removal of the blade guard.

It is estimated that table saw injuries cost upwards of $2.36 billion each year and the typical medical costs for injuries of this nature average $22,000. If you have lost a digit or required surgery from a table saw injury, you need to speak to a lawyer who can advise you of your legal rights as you may have a case against the manufacturer of these table saws. Some examples of injuries that have occurred to others include the following:

These are enough examples and it’s quite obvious these table saws are dangerous. If you have been hurt using a table saw, fill out a free case evaluation request and talk to an attorney if you are considering a table saw lawsuit.

Previous post Vaginal Mesh Lawsuits - What You Need to Know