Use of Depakote linked to birth defects and suicide attempts 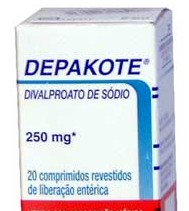 Depakote can cause birth defects

Abbott Laboratories makes Depakote, the brand name for the drug divalproex sodium, which is manufactured to treat epilepsy.  The FDA approved the drug in 1983, and it can also be used to treat depression, migraine headaches, and bipolar disorder.  The drug is manufactured in a way to cause the shell of the pill to dissolve in the small intestine instead of the stomach.  This helps the drug to better work for its intended use.

In 2006, Abbott Laboratories was required by the FDA to put the highest warning on the Depakote packaging, known as a “black box” warning, about the potential for birth defects when pregnant women use the drug.  It has been shown in multiple studies that the potential for birth defects is higher with Depakote than with other similar epilepsy medications.  Two years later, the FDA required a second black box warning about users attempting suicide.  At this time, Depakote is still available as a prescription medication used to treat epilepsy and other conditions.

If you took Depakote as a prescription medication while you were pregnant and your child was born with a severe birth defect, such as spina bifida, then you may have a case.  It is important to contact us right away so we can determine the best course of action regarding your personal situation.

Next post Have you been adversely affected by Risperdal?