What’s the Difference Between a Prenuptial and Postnuptial Agreement? 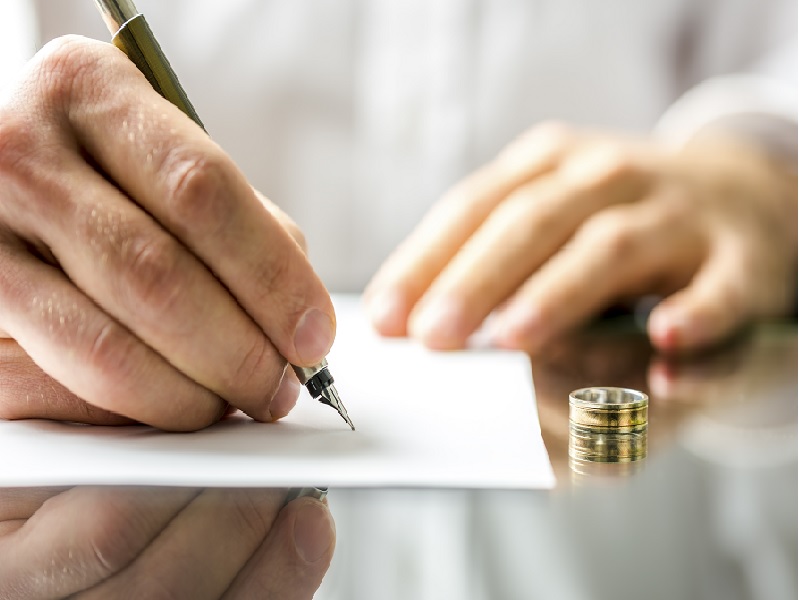 In the commotion and planning of your wedding you forgot to broach the conversation of a prenuptial with your soon to be spouse. During all the planning, festivities and your life outside of wedding planning you overlooked this matter. Now that celebrations have ended, you’re beginning to second guess whether not having a signed prenuptial is a mistake.  This type of conversation tends to give most people some sort of anxiety, but after all a wedding and vows are a contract in itself.

If you think of a wedding as the beginning of a contract and a partnership, one could argue that the framework of the contract and partnership should be outlined before the wedding is finalized. If there are significant assets that one of the involved parties brings more wealth to the table, then a prenuptial agreement may be in the best interests of both parties. A prenuptial can outline the division of wealth in the event of death or a divorce. Since, in the state of California, all property becomes communal after a wedding occurs, one party might have serious interest in adopting a prenuptial agreement.

If for any reason a prenuptial was not signed prior to the wedding, a postnuptial can still outline certain parameters. However, these two contracts have distinct differences frequently dictated by residing state law.

Short answer is no. A prenuptial has to be signed before the wedding so if a contract is signed after the fact that divides up assets of a marriage after the fact, it is called a postnuptial.

According to an Orange County family lawyer postnuptial and prenuptial agreements have been growing in popularity. No longer are these contracts catered to individuals from upper income levels, rather they help define budgetary and asset divisions across income levels.

What Are the Biggest Differences Between a Prenuptial and Postnuptial Agreement?

Prenuptial and postnuptial contracts are not identical in what they are allowed to outline and address. A prenuptial agreement can have benefits of outlining the marriage, protect pre-existing property, heirlooms and debt protection. A postnuptial on the other hand tends to address child support, financial protection and potential divorce proceedings.

A prenuptial is a contract that is signed before the wedding and outlines certain stipulations and requirements that set the terms for a potential separation. This contract identifies certain parameters that both parties agree upon before the wedding commences. It also outlines what is to occur with the communal assets in the event of a dissolution of the marriage by divorce or death. These are quite common in marriages that involve wealthy individuals who reside in community property states.

Many states, including California, are known as community property states meaning that all assets and debts are shared between the two spouses.  Information regarding how assets will be divided are addressed in a prenuptial agreement before the wedding occurs.

A postnuptial contract is a contract that is signed after the wedding has occurred. Similar to a prenuptial agreement, this contract helps outline property division along with some additional other topics. Some of the reasons for requesting a postnuptial from your spouse are:

Ensure that you consult with a family law attorney in your area regarding the specificities of the state’s laws that you reside in. Many postnuptial agreements rely heavily on state law and vary from one state to the next.

With a postnuptial agreement, you can identify certain instances regarding the welfare of assets. A postnuptial can also be used as a template for a separation agreement that can identify the terms of a divorce.

Depending on the unique circumstances of your situation, a prenuptial agreement may be a better idea than a postnuptial agreement. Although this conversation can be tricky to approach, it can help identify expectations for the potential spouses while outlining asset divisions in the event of a divorce or other dissolution of the marriage. A marriage is a contract in itself and prenuptial and postnuptial agreements aim to outline the division of assets acquired before and after the wedding.

Next post Laws That Affect a Car Accident Claim

Previous post Can I Get a Divorce Without Going to Court in Los Angeles?

About the Author Adam H

What is Your Motorcycle Accident Injury Claim Worth?