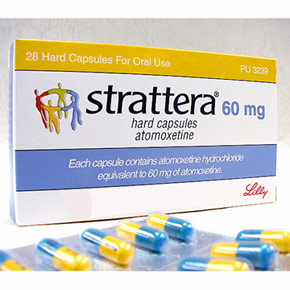 Has the Attention Deficit Hyperactivity Disorder medication Strattera caused you or someone you love harm?

Strattera is the brand name for the drug atomoxetine hydrochloride and is sold by Eli Lilly.  It is the only non-stimulant medication approved by the FDA for the treatment of ADHD.  The drug atomexetine, which is the generic form of Strattera is in the class of drugs called selective Norepinepherine Reuptake Inhibitors, or NRIs.  This is not the same as the antidepressant drug class known as SNRIs.  NRIs help to regulate stress levels.  Originally, the company Eli Lilly wanted to use Strattera as a treatment for depression, but clinical trials showed that it did not work as an anti-depressant, and the drug was marketed for treatment of ADHD instead.

Of the 3.3 million patients prescribed Strattera between 2002 and 2008, 2 million were children aged six to eighteen.  Most antidepressant medication is not approved for use in children due to increased thoughts of suicide.  Although Strattera is not an antidepressant, it has been shown to increase thoughts of suicide in its younger patients.  One study of 1, 357 children, where 851 children were given a placebo showed that none of the children taking placebos had suicidal thoughts, but five children on Strattera did, and one even attempted suicide.

Due to increased risk for suicidal thoughts and attempts at suicide from young patients on Strattera, the FDA has added the black box warning, the most severe warning available, to the medication stating the tendency of the drug to increase suicidal thoughts in patients under the age of 18.  The medication has also been shown to cause liver damage, and the FDA has warned against prescribing Strattera to patients with jaundice or those who show signs of liver damage.  Strattera may cause significant liver damage, resulting in the need for a liver transplant.

If your child has suffered from liver damage, suicidal thoughts, or attempted suicide while on the ADHD medication Strattera, you may have a case.  Each case is evaluated on an individual basis, and the sooner you contact us, the faster our attorneys can determine the best course of action for you and your family.