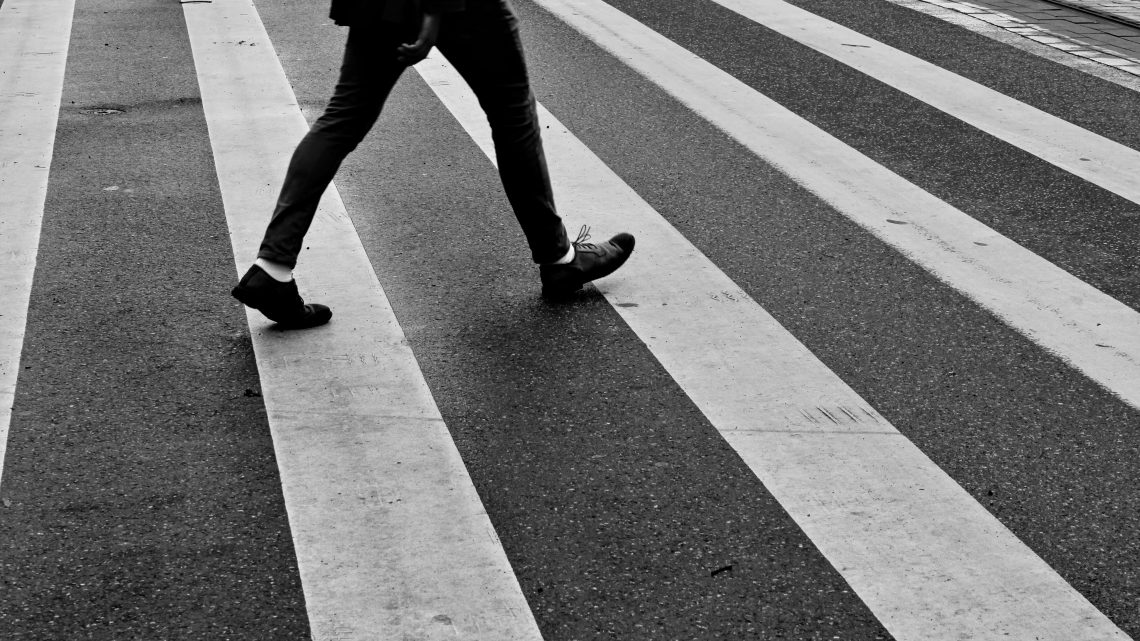 Many of us constantly rely on motor vehicles to get us to our daily destinations but at some point, every one of us also becomes a pedestrian. With more people distracted while driving due to phones and social media, pedestrian dangers are more apparent now than ever before. Some common causes of pedestrian-related accidents include distracted drivers, unmarked crosswalks, nighttime drivers, and distracted pedestrians would be just a few examples. With many heading back on the road as the pandemic ends, practicing safe procedures as a motorist or pedestrian is essential.

The Rise in Connecticut Pedestrian Deaths

Over the course of 10 years, Connecticut has seen an increasing trend of pedestrian fatalities. The figure below shows the trend growing at an alarming rate with at least 16 deaths that have occurred on the roads of Connecticut as of March 14, 2022. Some attribute this to larger and heavier cars involved in crashes which lead to less likelihood of survival. According to Loughlin & FitzGerald, an injury law firm in Connecticut, the victims who do survive pedestrian-related accidents often suffer serious injuries with long-term consequences. These include broken bones, amputated limbs, and head injuries just to name a few. Advocates believe the increase in pedestrian deaths is also associated with the “car-centric” bias of federal transportation officials as they spend substantial amounts on accommodating more vehicles through repaving and widening roads. 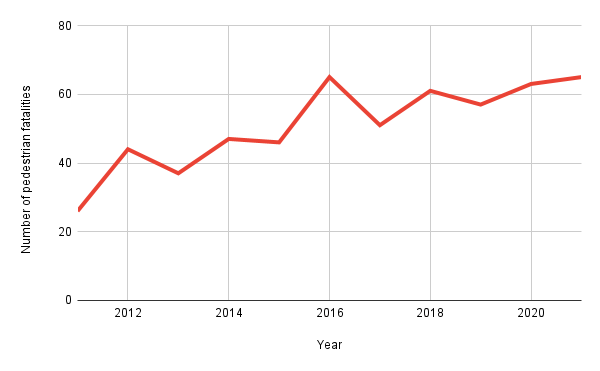 Most Dangerous Areas for Pedestrians in Connecticut

Data released from a study on pedestrian safety shows the top fatal pedestrian crash areas in Connecticut (from 2015-2017) :

How Is the State of Connecticut Working to Solve Pedestrian Fatalities?

The Connecticut Department of Transportation is working on a strategy that would reduce pedestrian risk within the state, these include:

Crosswalks, Streets, and Intersections:  The state is looking to create new roadway designs that implement safety measures for pedestrians.

Unified Safety Programs:  positioning policies and programs that work to promote roadway safety for both motorists and pedestrians.

With these numbers increasing, it is best to follow safety procedures whether you’re a driver or pedestrian. The National Highway Traffic Safety Administration has a set list of safety tips that include ideas such as walking against traffic so you can see cars coming towards you and being aware of driveways and other areas where cars may be exiting too. While accidents can occur even when we do follow the correct safety guidelines, these small factors can make a big difference.

Next post 7 Defective Motor Vehicle Parts That Commonly Cause Injuries

Previous post The Prevalence of Sexual Assault in Nursing Homes