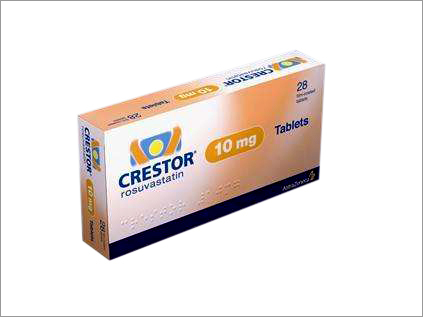 Have you been prescribed the cholesterol-lowering drug Crestor?

Crestor, in the family of cholesterol-lowering drugs called statins, was approved by the FDA in 2003 as a prescription drug for the treatment of high cholesterol.  The approval of Crestor was delayed due to adverse side effects by some of the participants of the studies: seven cases of Rhabdomyolysis occurred. Rhabdomyolysis is a potentially fatal, muscle-destroying condition.  The popular statin drug Baycol was withdrawn from the market in 2001 in the US due to its link to Rhabdomyolysis.

Adverse Side Effects Associated with Crestor

Statins work by reducing the levels of fatty molecules in the bloodstream, such as LDL cholesterol and triglycerides.  Statins also increase levels of “good” cholesterol.  Since its release in 2003, there has been increased awareness regarding the side effects of Crestor.  Some side effects patients have suffered from are irreversible, and can require lifelong medical treatments.  Some of the most severe side effects that have been linked with the usage of Crestor are

Liver injury or damage is another potentially severe side effect that has been linked to Crestor usage.  Some of the symptoms to be aware of that could be signs of liver injury include:

The consumer group, Public Citizens, has stated that the rate of kidney problems reported in those using Crestor is up to 75 times higher that patients using all other statin drugs combined. Crestor has also been linked to kidney abnormalities not seen with other statins, and when the FDA did approve Crestor, they decided to lower the dosage than what was originally planned.

If you or someone you love has taken the cholesterol-lowering drug Crestor and experienced severe side effects such as kidney or liver damage, memory loss, Type-2 diabetes or anything else not listed, you may have a case for reimbursement of medical bills and other losses.  It is important to contact us right away for more information on how we can help you move your case forward.

Next post Drugs Used in NuvaRing More Likely to Cause Severe Side Effects, Studies Show