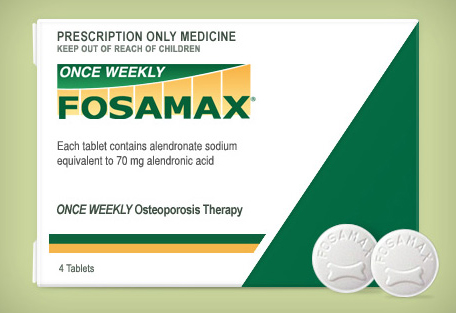 Have you been Prescribed Fosamax?

Fosamax is one of many prescription drugs used to prevent and treat osteoporosis.  Fosamax is in a class of drugs known as bisphosphonates.  Actonal, Aredia, Boniva, Reclast, and Zometa are all in the class of drugs called bisphosphonates.  Recent studies on this class of drugs have shown that there is an increased risked in some particularly dangerous side effects the longer a person takes the drug, such as Fosamax.  Some of the side effects that have been linked to prolonged usage of Fosamax include broken or fractured femurs, hip fractures, osteomyelitis, or “dead jaw” which is a common name for osteonecrosis of the jaw, sometimes shortened to ONJ or just referred to as “dead jaw.”

Due to a study that was published in the Journal of Oral and Maxillofacial Surgeons, the US FDA warned that the use of bisphosphonates, such as Fosamax, Fosamax Plus D, and others have been linked to two specific and rare types of femur fractures, known as subtrochanteric and diaphyseal femur fractures.  The studies done since 1999 on people with these types of fractures show a significant number of patients with these specific fractures of the femur were taking bisphosphonates, and had been taking them for five years or more.  The drug Fosamax is prescribed not only for prevention and treatment of osteoporosis, but also for some cancer patients to help prevent bone loss during cancer treatments.

Symptoms of Severe Side Effects Related to Fosamax

Studies have shown that the longer a patient is on Fosamax, or a similar type of drug, the higher the risk for dangerous side effects.  Some of the most common symptoms of the most severe side effects, like ONJ or dead jaw include:

Sometimes the pain associated with these side effects is so severe that a patient will find herself bedridden or confined to a wheelchair.

If you or someone you love has suffered severe and debilitating side effects that you believe is due to the drug Fosamax, you may have a case against the manufacturer, Merck.  Through studies, it has been shown that Fosamax has been linked to Osteonecrosis of the Jaw, osteomyelitis, and Fosamax-induced femur and hip fractures.  The types of side effects that you or your loved one have experienced will affect whether or not you have a case.  Severe side effects include:

Please contact us for more information on how to proceed with your claim.  There is the possibility of reimbursement for medical expenses, lost wages, pain and suffering if you file a claim against the manufacturer.

Next post Use of Diabetes Drug Januvia Linked to Pancreatic Cancer

Previous post Plavix can have dangerous and severe side-effects