Plavix can have dangerous and severe side-effects 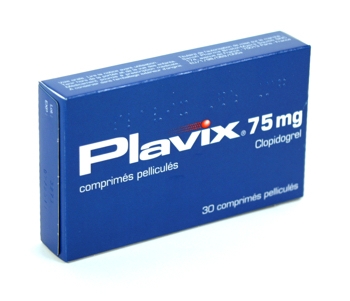 Have you been prescribed Plavix?

Initially approved by the FDA in 1997, Plavix is now the sixth top selling drug in the United States.  Plavix is most often used in conjunction with a low-dose daily aspirin regimen to prevent blood clots in people with high risks of heart attacks, strokes, and other blood-related diseases such as coronary artery disease and peripheral artery disease.

Plavix is a member of a type of drug known as anti-platelet drugs and is a part of the thienopyridine class.  Plavix is the brand name for the drug clopidogrel bisulfate, and works by binding to a receptor on platelet cell membranes, specifically, the “P2Y12” receptor.  Plavix interferes with the process of allowing platelets to clump together and, in the process, prevents blood clots.

Life Threatening Side Effects are Too Common, and May Cause Plavix to be Less Effective, or Totally Ineffective

All prescription drugs have warnings, precautions, and side effects listed and given to the patient upon prescription.  The warnings available for Plavix mention only a “general risk of bleeding,” and fail to explain that some of the types of bleeding possible are substantial, and even life-threatening.  Side effects that have been found with patients taking Plavix are hemorrhaging, cerebral bleeding, Thrombotic Thrombocytepenic Purpura (TTP).  Severe symptoms to look for that may indicate an adverse reaction or dangerous side effect to the drug Plavix include:

TTP is a disorder of blood coagulation when small blood clots form in the blood stream and can damage internal organs.  Some of the most common symptoms of TTP include:

Using Plavix with Prilosec can also bring dangerous side effects, and because Plavix can increase bleeding, including gastrointestinal bleeding, Prilosec is often prescribed along with Plavix.  In 2009, the FDA published warnings that people taken heartburn medication such as Prilosec may realize the effectiveness of Plavix reduced by up to one-half.  Less effectiveness may lead to heart attacks, strokes, and increased blood clots, because the drug is not effectively reducing blood clots.

Finally, studies have shown that people who are deficient in the liver enzyme required to effectively use Plavix have an increased likelihood of suffering from heart attacks, strokes, or even death, as the Plavix is not effective in their systems.  Studies have shown that roughly one-third of the population will not be able to metabolize Plavix correctly due to the lack of this liver enzyme.

If you have been prescribed Plavix and have suffered adverse side effects that have severely affected your well-being or have lost a loved one due to what you believe was adverse side effects caused by the use of Plavix, you may have a case against the manufacturers of Plavix, Sanofi, and Bristol-Myers Squibb.  People have filed many lawsuits against the companies for many reasons, including alleging that the drug is ineffective, and the side effects they suffered were needless, and others claim they have developed additional illnesses or diseases such as TTP.  If you feel that you have a case against the manufacturers of Plavix, please contact us for additional information on how to move forward.

Next post Fosamax linked to severely debilitating side effects