Have you been injured by the antibiotic Ketek? 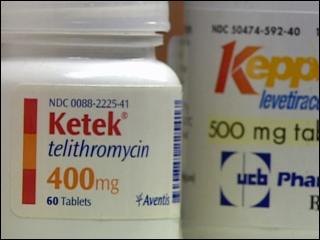 Ketek, an antibiotic, has been linked to liver failure and death

In 2004, the FDA approved Ketek for treatment of acute bacterial infections such as respiratory tract infections, bronchitis, sinusitis, and certain types of pneumonia.  The FDA was hesitant to approve the drug based on the evidence from the French based manufacturer, Sanofi-Aventis.  Although the FDA was reluctant based on the evidence of the trials, not believing that Ketek was as safe or as effective as other drugs already on the market to treat the same conditions, the approval was made.  Finally, in 2007, the FDA disapproved Ketek for the treatment of bacterial sinusitis and chronic bronchitis, stating that the benefits of the drug were not worth the high risk associated with patients taking the prescription medication.

The drug in Ketek is telithromycin, a ketolide antibiotic that disrupts protein synthesis inside bacteria cells.  When the drug is taken, the liver metabolizes. Reported liver side effects after taking the drug Ketek have included:

The liver is hardest hit with side effects, but there is also:

If you have been hurt by the antibiotic drug Ketek

If you, or someone you love, has taken Ketek and suffered severe side effects, you may have a case.  It is important that you contact us right away to begin the process of determining the best course of action for your situation.

Previous post Chantix May Cause Depression, Suicide in Patients