Is the birth control drug Yaz really as safe as it claims? 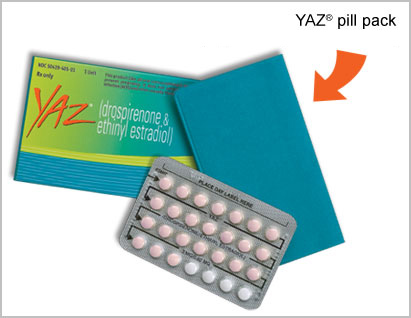 Have you suffered blood clots or other serious side effects after taking the birth control drug Yaz, Yasmin, or Ocella?

The birth control medication known as Yaz, Yasmin, or Ocella has been shown in studies to cause serious side effects such as blood clots, even more often than other birth control medications. Yaz has also been approved to treat PMDD and severe acne. The FDA has given the makers of Yaz several warnings regarding their advertising of the product, including that fact that they did not properly inform consumers of the dangerous side effects associated with the drug.  The reprimand from the FDA forced Yaz to remake some of their advertising with a clearer message regarding possible adverse side effects.

In November of 2009, the FDA ordered a recall of over 33,000 boxes of the drug due to unacceptable manufacturing practices.  The drug has been the subject of several investigations and inquiries of its safety and effectiveness.  Although many drugs have side effects, the FDA chooses to approve drugs if the benefits outweigh the potential side effects by whatever reasonable margin they deem necessary.  In the case of Yaz, the FDA believes that at least some of the information given to them was determined after trials that were not adequately researched, therefore, effectively misrepresenting the safety of the medication.

Serious side effects linked to Yaz, Yasmin, and Ocella

Drospirenone, the drug used in Yaz, Yasmin, and Ocella, has been linked to serious and sometimes deadly side effects including:

Some reports indicate that Yaz has caused the death of at least 200 women.

If you or someone you love has suffered severe side effects after taking the birth control drug Yaz, you may have a case.  Please contact us right away so that we can choose the best course of action for your individual situation.