Several Studies Link Birth Defects to Use of Effexor 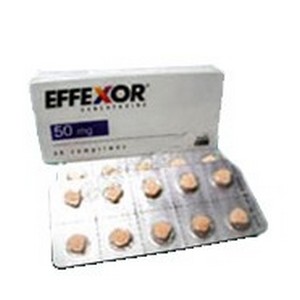 Did you take Effexor during your pregnancy?

If you took the anti-depressant Effexor while you were pregnant and your baby has birth defects, the drug may be to blame.  Effexor is the brand name of the drug venlafaxine, an anti-depressant in the class of Serotonin-Norepinephrine Reuptake Inhibitors, or SNRIs.  It has been prescribed to patients for major depression, panic disorder, premenstrual dysphoric disorder (PMDD), obsessive-compulsive disorder, and general anxiety disorder.  It has been prescribed to pregnant women to help control anxiety levels during pregnancy.  Unfortunately, it has been shown to cause birth defects in children whose mothers took the drug while pregnant, especially during the first trimester.

SNRIs, like Effexor, are thought to work by preventing receptors in the brain from absorbing serotonin that has been released, alleviating negative feelings.  SSRIs, another class of anti-depressants, work generally the same way.  One major difference is the fact that SNRIs also prevent the re-absorption of norepinephrine, in hopes to regulate the stress level of the patient.  Some side effects, like nausea, extreme sleepiness, and sexual side effects, have been experienced by patients on both SSRI medications and SNRI medications.  There have also been concerns raised about the overall effectiveness of anti-depressants, including Effexor.

Effexor has been singled out as a possible cause of multiple serious birth defects, and in October of 2004, the FDA added a “black box” warning to the label, which is the strongest warning available to a prescription drug medication.  There has been no recall of the medication.  Some mothers have reported the following birth defects and side effects believe to be associated with taking the drug Effexor:

If you took Effexor during your pregnancy, and you believe that the drug caused one of the above birth defects, or another condition not mentioned in your child, you may have a case.  In order to make the best choices for your individual situation, please contact us immediately.

Next post Nexium Usage Linked to Severe Side Effects