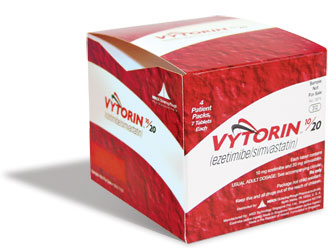 Do you still have clogged arteries after using Vytorin?

Vytorin is a cholesterol-lowering drug comprised of two other cholesterol medications, ezetimibe, or Zetia and, simvastatin, or Zocor.  The use of Vytorin has been linked to serious side effects such as cancer, diabetes, myopathy, kidney damage, and rhabdomyolysis.  Zetia is what is known as a “non-statin” prescription medication that works in the digestive tract to reduce cholesterol, while Zocor works in the liver.

Is Vytorin an effective drug?

In 2008, a study titled “ENHANCE” was released that showed that Vytorin was not any more effective in reducing cholesterol than Zocor alone, and in fact, may cause cancer.   Subsequent studies have shown an increase in probability for patients taking Vytorin to develop cancer as opposed to patients taking a placebo.  It has also been shown that Vytorin is not effective in reducing clogged arteries, which was one intention for the drug when it was created.

Dangerous side effects associated with Vytorin

Rhabdomyolysis—a serious muscular disease that has been associated with simvastatin in the past, characterized by skeletal muscle tissue loss.  This condition causes lost muscle tissue to collect in the patient’s blood and can lead to severe kidney problems or even death.  Other causes of rhabdomyolysis include muscles being crushed, as in a car accident, or extreme alcohol abuse.  Symptoms of this condition include pain, tenderness, weakness, and swelling.  Once the condition has reached a certain level of severity, the patient may see other problems arise throughout the body including, nausea, vomiting, electrolytic disturbances, dark urine, patients may exhibit confusion, coma, or internal blood clotting.

Diabetes—a study published in January 2012, has shown that women taking any type of statin drug are 48% more likely to develop diabetes than women who did not.

Liver Injury—simvastatin, one of the components that make up Vytorin, has been shown to cause liver injury in some patients.  Symptoms of liver injury include extreme fatigue, loss of appetite, discomfort in the right upper abdominal area, dark urine, and yellowing of the skin or the whites of the eyes.

Memory Loss—studies have shown that patients taking simvastatin for several years are more likely to suffer from memory loss, including forgetfulness, confusion, and fuzzy or unfocused thinking.

Clogged Arteries—Although Vytorin was developed with high hopes of reducing cholesterol dramatically and reducing clogged arteries by preventing the production of cholesterol in the body, studies have shown it does not work how it was originally planned.  The studies show that Vytorin does not reduce the amount of artery plaque buildup at all.

If you were prescribed Vytorin in hopes of reducing cholesterol and for the reduction of clogged arteries, you may have a case against the manufacturer.  There is much controversy over whether Vytorin works the way it is described.  If you or someone you love has suffered severe side effects after using Vytorin, contact us right away so we can determine the best course of action to take.

Next post Several Studies Link Birth Defects to Use of Effexor