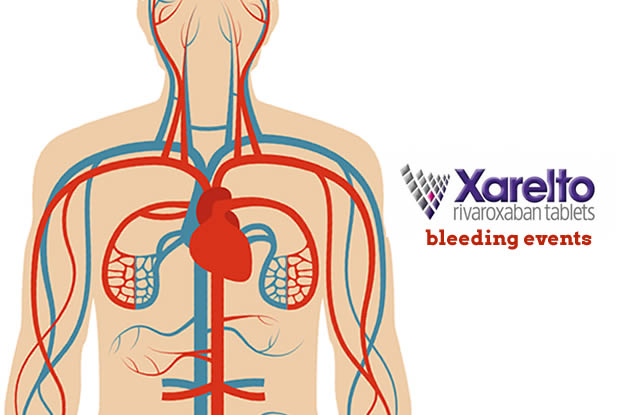 Are You Considering Filing a Xarelto Lawsuit?

Speak to a Xarelto Lawyer Today

Our Xarelto lawsuit lawyers are pursuing cases where Xarelto users have suffered injuries such as pulmonary embolism, deep vein thrombosis, gastrointestinal hemorrhage and hemorrhage and death. There is no minimum exposure to Xarelto required. If this describes you or a family member, contact us for a free consultation and speak to a lawyer who can help you today.

Anticoagulant drugs like Xarelto (also known as rivaroxaban) are a high-risk treatment and cause bleeding in approximately 15% of patients with atrial fibrillation exposed for a year. There is an increasing number of serious adverse event reports reported to the FDA with both Xarelto and a similar drug called Pradaxa. Both are associated with serious and sometimes deadly bleeding events. Xarelto (rivaroxaban) adverse events reported continue to increase as the number of people being prescribed Xarelto increases. There are close to 4 million annual prescriptions being issued so it is no surprise that the number of harmful events are on the rise. In the past few years it is Pradaxa (dabigatran) that was being watched closely because of the related side effects but now Xarelto has more bleeding events reported as more people are being treated with the drug. Total dispensed outpatient prescriptions for Xarelto has jumped up to nearly 1 million prescriptions per quarter while Pradaxa use has declined since it peaked in 2012. According to IMs Health, Inc. Institute for Safe Medication Practices, rivaroxaban prescriptions outnumbered dabigatran by almost 2 to 1.

According to the Newly published data also show that the bleeding risks of dabigatran could be substantially reduced if two therapeutic options available in most advanced countries were approved in the United States. Those options are a lower, 110 mg twice daily (BID) dose, and a laboratory test capable of identifying patients who need a dose adjustment because the effect on thrombin inhibition is either excessive, increasing the risk of severe bleeding, or sub-therapeutic, exposing the patient to a higher risk of stroke or other blood-clot related adverse event. ISMP has explained the need for the FDA to make these options available in its February 13, 2014, newsletter, the ISMP Medication Safety Alert! Acute Care edition.

How to Find the Best Xarelto Lawyer

Choosing the right attorney is a difficult decision but we make the process easier. The i-lawsuit.com team has selected some of the best lawyers in the country who are experienced at handling dangerous and defective product cases. Our Xarelto lawyers have recovered millions for injury victims across the nation. Our attorneys are experienced, have a proven track record and are passionate about helping good people who have been harmed by manufacturers selling dangerous drugs like Xarelto. Our attorneys serve all over the country from California and Nevada, all the way to New York and all cities and states in between. If you have questions about Xarelto and whether or not you have a good case, contact us today.

What are the most common Xarelto adverse events reported to the FDA?

The most serious Xarelto adverse events are uncontrolled bleeding events, such as bleeding of the brain.

Xarelto (rivaroxaban) is a newer prescription drug that came on the market in 2011. Xarelto is an anticoagulant (blood thinner) medication used to reduce the risk of blood clot leading to stroke in those with irregular heartbeat (a condition called atrial fibrillation, or AF). This medication may also be prescribed to treat deep vein thrombosis (blood clots deep in the vein) and pulmonary embolism (a blockage in an artery in the lung).

Deep vein thrombosis (DVT) is a dangerous condition that typically occurs in the larger veins of the leg or thigh. When clots break loose, they can travel through your bloodstream to other smaller veins and become lodged in the lungs (called a pulmonary embolism, or PE), heart, or other vital areas. This blockage of blood flow can result in severe damage to the organ or may even result in death.

In 2012, the FDA expanded the approved use of Xarelto. While it was already being used to treat the prevention of AF, DVT, and PE, as well as venous blood clots after knee or hip replacement surgery, this new expansion would increase its use for the treatment and reduction of the recurrence of blood clots following initial treatment.

While there have been a number of drugs on the market over the years that have been used to treat these conditions, including Coumadin (Warfarin), Pradaxa (Dabigatran), and Eliquis (Apixaban), Xarelto is currently the mostly widely prescribed drug in this class, despite the fact that there are so many concerns regarding its safety. Unlike Coumadin, for example, there is no emergency antidote in the case of uncontrolled hemorrhaging or internal bleeding, which is a huge problem with such drugs.

In 2014, Xarelto Sales totaled more than $1.3 billion, and it is expected that sales will continue to climb. Sales outpaced Pradaxa two to one in 2013, with prescriptions totaling more than one million per quarter, despite the fact that so many concerns over the safety of this product have been increasing with use. Serious side effects reported in a number of those using the drug include:

Have you suffered a bleeding event while hospitalized?

You or a family member may have suffered a bleeding event at a hospital. Below is a list of the largest hospitals in the country. Whether you were treated at one of these facilities or another hospital, you may still have a Xarelto case.

It is important to note that the companies that manufactures the drug, Bayer and Johnson & Johnson’s Janssen Pharmaceuticals, are currently facing multiple lawsuits due to safety issues related to Xarelto. In 2014, over 4000 people who filed lawsuits against the manufacturers of Pradaxa, Boehringer Ingleheim, were awarded compensation for the serious side effects that drug caused, including gastrointestinal, rectal, and brain bleeding, and hundreds died as a result of its side effects. It is estimated that the damages from Xarelto will exceed that of Pradaxa, as side effect injuries appear to be even more serious.

While Xarelto cases are still in their infancy, and attorneys say it is still too soon to tell how many will hit U.S. courts, they do believe that the manufacturers have placed financial gain above the safety and wellbeing of consumers by not fully disclosing the extent of the risks associated with their drug.

Serious Side Effects Associated With Xarelto

A Black Box Warning has been issued for this drug for epidural/spinal hematoma risk and for use discontinuation. If you experience signs of DVT or PE you should call your doctor immediately.

Call your doctor right away if you have any of the following serious side effects such as:

Less serious side effects may include:

Request a Free Xarelto Legal Case Evaluation with a Lawyer

If you or a family member has experienced pulmonary embolism, deep vein thrombosis, gastrointestinal hemorrhage or a loved one has died contact us today for a free consultation. There is no minimum exposure to Xarelto required. There are no upfront fees required to hire our Xarelto attorneys, you pay only if your case is successfully resolved and money is recovered on your behalf.